for Heavy or Off-center Loads

Uhing traverse drives are friction drives. The rolling ring bearings are installed under pressure and are in direct contact with the surface of the drive shaft. If you attach a load improperly, then you are increasing this pressure on the bearings and as a result, the bearings start to wear down. That means your Uhing traverse drive starts to lose thrust and soon it will start to slip.

Many people think that by scaling up to a larger Uhing traverse they can get around this problem. Using a larger drive only postpones the inevitability that the Uhing will begin to slip. Forces created by significant weight and overturning moments of force must be neutralized.

Amacoil does this by using a linear bearing slide load carrier. In the picture above, the load is attached to the flat platform on top of the Uhing drive. The platform rides on the two rails. The two yokes shown in the picture extend down on either side of the traverse unit are not attached to the Uhing unit. The Uhing drive pushes against the yokes to slide the load carriage back and forth. The traverse “floats” beneath the load.

The load carrier thereby removes twisting and bending forces from the drive unit, and from the guide rails and supports. This prevents undue wear on the rolling ring bearings which could result from excessively heavy or off-center loads. 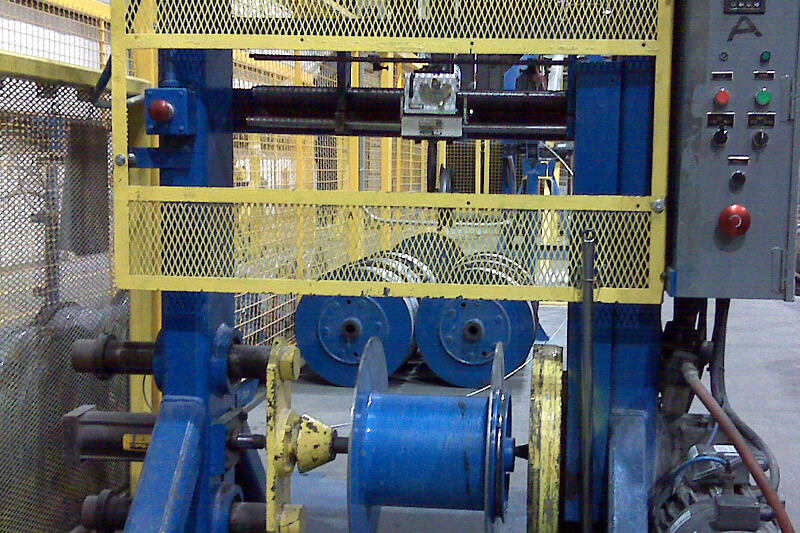