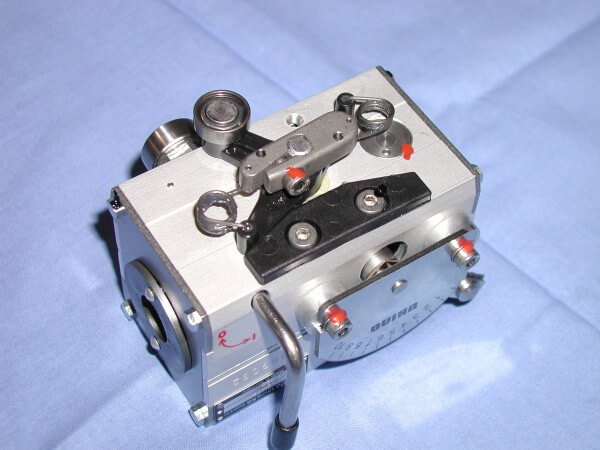 Recently, a customer went to the trouble of shipping his Uhing traverse drive unit to Amacoil. The drive arrived yesterday and when I phoned the customer to ask him what the trouble was he said, “It’s no good.”

After we discussed how that response might not be the best in terms of exchanging useful information, the customer told me that the drive unit would not reverse. He said the traverse moved to one end and either the release lever did not flip, or if it did flip, the drive then did not start moving back in the other direction. 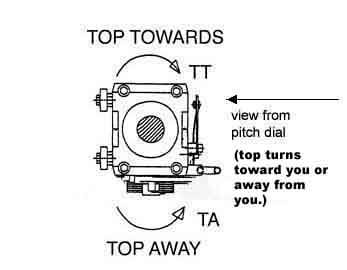 When Amacoil sold this particular drive unit, it was set for TT shaft rotation. This means that when you face the pitch dial, the top surface of the shaft will rotate towards you — top towards/TT.

But the traverse we received was set for TA rotation (top away) and the customer acknowledged he had made the change.

It’s not that difficult to change the shaft rotation. However, the parts must be carefully replaced with special attention given to the vertical spacing between the reversal lever and the release lever. If these to parts are snugged up against each other on their mounting post, the unit will not reverse.

This is what the customer had done. He might have solved his problem with a phone call to Amacoil, but I think he became frustrated and shipped the unit to Amacoil and told me it was “no good.”

By the way — the number two reason that a Uhing drive won’t reverse is because when something is mounted to the top of the Uhing drive, the user inserts four screws into the mounting holes. If the screws are too long, they will stick down inside the box and prevent the rolling rings from pivoting and thereby prevent reversal.

To find out how long the mounting screws should be for your Uhing traverse just call or email Amacoil.